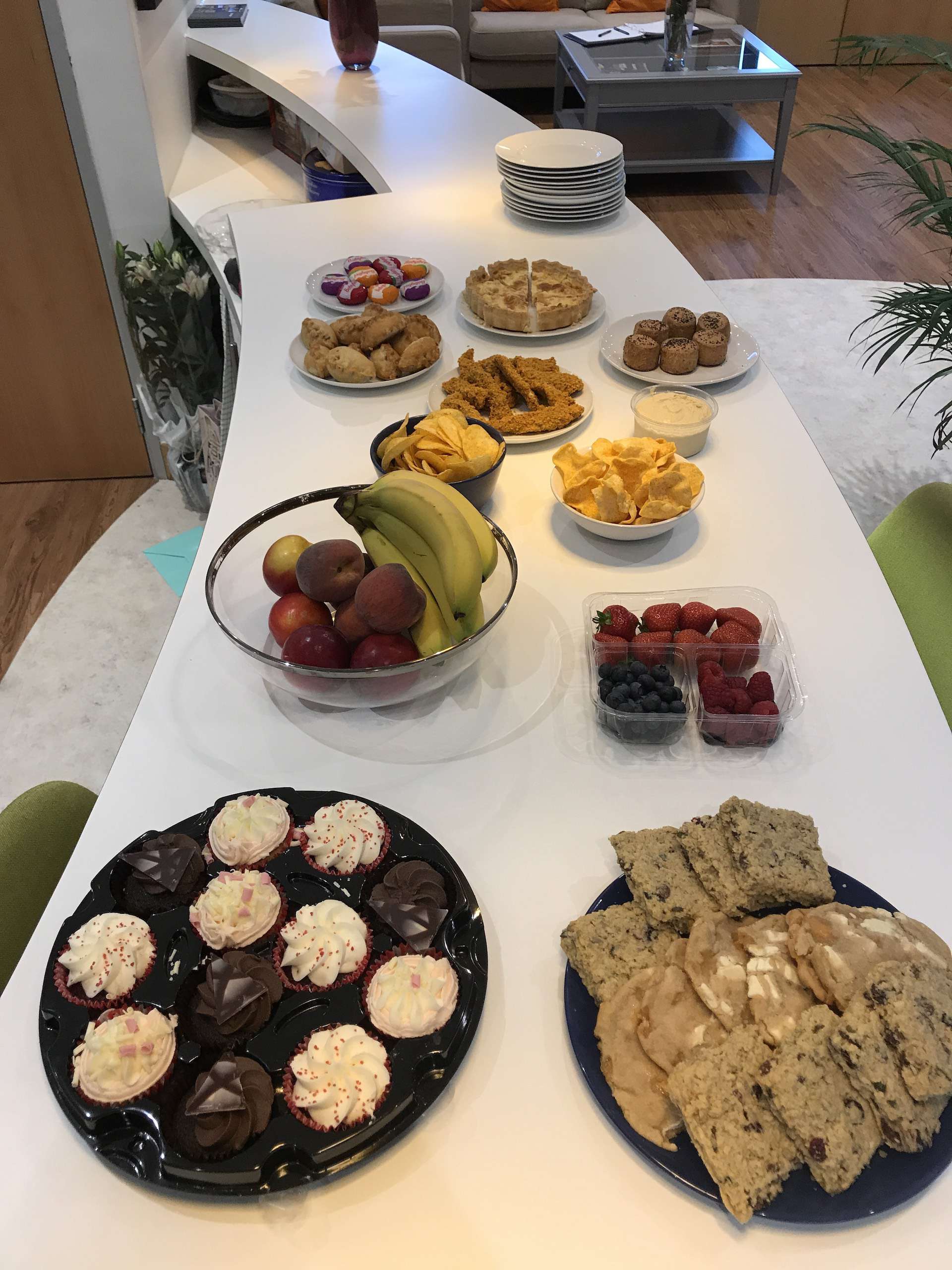 Cardiff-based development consultants, Lee Wakemans is celebrating its 'Fika-versary', after adopting the Swedish practice of 'Fika' a year ago, as a way of reducing stress, increasing job satisfaction and boosting productivity.

'Fika' is a concept in Swedish culture, which encourages people to take a break from work, have a cup of coffee, eat baked goods and engage with work colleagues in a relaxed environment.

Tom Woodward, Project Manager at Lee Wakemans, introduced the idea to the company following some research he was doing into employee wellness. He said,

"'Fika Fridays' have become a much loved part of our office culture, and involve staff getting together at 11.30am every Friday, taking time out of the day to chat, drink coffee, unwind and interact face-to-face. It has become one of the highlights of the week.

"We go a step further and staff rotate responsibility for bringing food to the gatherings. Memorable contributions so far include a homemade Oreo cake, Russian Plov with Russian salad and bread, homemade pasties, and a toffee cheesecake. Our team put a lot of energy and care into what they bring and this in itself contributes to staff appreciating each other and gelling as a team."

Studies show that as well as Fika being good for wellness, it also increases productivity, creativity and employee satisfaction.

A UK Government review into mental health in the workplace commissioned by Theresa May in 2017 reported that more than 300,000 people suffering from long-term mental health problems lose their jobs each year, which costs the UK economy between 74bn and 99bn each year. Research carried out by mental health charity, Mind this year, revealed that of 44,000 employees surveyed, nearly half (48%) say they have experienced a mental health problem in their current job.

Lee Wakemans, which has had its headquarters in the Welsh capital for thirty-two years, says that Fika breaks are only one part of its strategic wellbeing programme. It promotes flexible working patterns and offers employees a four-day week, hosts annual 'Family Days', where staff and their families get together for a day out, as well as social evenings and the provision of fruit stations to support staff nutrition. The company also runs a community outreach programme, which focuses on helping schools through its 'Better Breaktimes Initiative'.

Paul Wong, Director at Lee Wakemans said, "Our own office research supports wider evidence that taking time for 'Fika' is good for employee morale, and actually makes for a more efficient and happier team. We have only been practising this for a year, but I would go as far as saying that along with the other aspects of our wellbeing programme, it has had a measurable improvement on organisational performance. "

An employee survey conducted by the company reported that 86% of staff said that the Fika breaks 'make them happier at work', with one employee commenting that "It's a great initiative and it is a good time for workmates to have an informal chat about topics outside of work. It bonds workmates."